July 31, 2019 – As I looked out over the veritable sea of attendees during my opening address at the 23rd Annual 340B Coalition Summer Conference, I was filled with respect and gratitude for the shared mission of all who attended. Each in our own way is focused on helping patients in need who rely on the assistance that only the 340B drug pricing program can provide. I was proud to join my fellow Coalition members to host this year’s conference.

More than 1,700 pharmacists, 340B program directors, and other patient advocates attended the meeting in our nation’s capital. They came from safety-net hospitals, community health centers, Ryan White HIV/AIDS clinics, and other vital institutions in 47 states, the District of Columbia, Puerto Rico, and even American Samoa. While we hailed from a wide range of institutions, from small rural clinics and hospitals to large urban health systems, all the people attending were there to learn how they can best serve their patients’ needs.

In my opening remarks, I noted that although the pressure on 340B from our critics is less intense than it was at this point in 2018, the program still faces challenges from policymakers who seek to make changes to provider eligibility, reporting requirements, and 340B reimbursement rates. That’s why it is so vital that we continue advocating on behalf of the patients by sharing their stories with our elected officials and asking them to protect 340B.

Attendees were heartened to hear from Health Resources & Services Administration (HRSA) Office of Pharmacy Affairs Director Capt. Krista Pedley about the still-new government website listing the ceiling prices for all 340B-covered drugs. This vital tool is bringing a new level of accountability and transparency to pharmaceutical pricing. HRSA officials also shared their insights and updates on 340B compliance and audits.

During their two-and-a-half days in Washington, D.C., 340B practitioners participated in a series of breakout sessions hosted by members of the 340B Coalition. They dove into the important details of how best to operate their programs and share best-practice suggestions with their colleagues from across the country. These included such areas as contract pharmacy, inventory management, and annual recertification. Attendees also participated in several cross-cutting sessions on such vital topics as reducing hepatitis C infections, improving care outcomes, and ensuring health care equity among different patient populations.

The Summer Conference is one of two annual opportunities the 340B Coalition offers to all who are involved with 340B so they can hone their skills and remain up to date on all important developments. Be sure to join us on February 10-12 in San Diego for the 340B Coalition’s Winter Conference. It promises to be just as jam-packed with information you can use to continue improving the delivery of health care and making patients’ lives better. 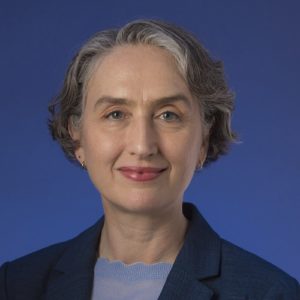 We’re coming out this week with Episode Three of #340B Insight! Make sure you’re caught up on our new podcast by listening to Episode Two with our CEO @MaureenTestoni on the state of 340B during #COVID19. https://bit.ly/2XmJygS

New @KFF research finds nearly half of Americans are delaying care for emergency & chronic conditions due to #COVID19, reports @caitlinnowens. Ensuring that underserved patients receive services they need to stay healthy is a priority for #340B hospitals. https://bit.ly/3gDAayu

.@GenesisHCS uses #340B savings to support the #ruralhealth safety net. This includes operating an anticoagulation clinic for patients with blood disorders. The health system's Pete Hamilton shares this & more in a #Facesof340B video profile: https://bit.ly/2ZOtOpI #Protect340B