Oct. 21, 2019– It is sometimes said that the states are America’s “laboratories of democracy.” Lawmakers in statehouses across the nation try out policy ideas on smaller scales that then can become models for members of the U.S. Congress to adopt nationwide. Judging by the recent surge of legislative and regulatory activity in a growing number of states, we may be seeing a new trend of debates on the 340B drug pricing program.

I have seen more state action on 340B this year than in any other single year of my long experience with the program. The policy changes being debated are a mixture of those that would advance the 340B program for the benefit of safety-net patients and those that could impede the program’s effectiveness.

One very encouraging trend has been in states responding to the issue of pharmacy benefit managers attempting to set lower payment rates for drugs provided by 340B hospitals. Such policies reduce or even eliminate the savings that 340B providers need to stretch their scarce resources to care for more patients and offer more comprehensive services.

So far, 340B anti-discrimination legislation has been enacted by five states – Minnesota, Montana, Oregon, South Dakota, and West Virginia – and is likely to be considered in more soon.

Establishing discriminatory reimbursement rates for safety-net hospitals simply because they are enrolled in 340B violates both the letter and the spirit of the 340B program. They also lead to for-profit entities claiming those savings for themselves, a clear violation of the intent of the 340B statute. Hospitals, clinics, and health centers rely on discounts to offset uncompensated care, make up for low Medicaid payment rates, and offer vital but costly services that are often underpaid or not covered at all.

340B program supporters must continue to work toward getting such legislation on the agenda in more statehouses.

While action on 340B anti-discrimination policies is encouraging, a second trend on hospital reports is a cause for concern.

340B hospitals must meet strict requirements to be certified for participation and remaining compliant once enrolled. This includes annual recertification and periodic audits. Hospitals also report reams of information to the government through their annual Medicare cost reports and Form 990 submissions to the IRS.

Yet a handful of states recently proposed mandating additional reporting from hospitals that would prove onerous and fail to achieve stated transparency goals. For example, Ohio and Wisconsin this year have debated imposing new 340B reporting requirements that would paint an incomplete picture of how safety-net hospitals serve their communities and patients.

Fortunately, these reporting measures have not yet become law in any of the states considering them, but 340B supporters must remain diligent in talking with state lawmakers about why such policies would have negative unintended consequences.

A third area of recent state 340B activity has focused on the intersection of 340B and Medicaid.

First, we need to consider some background. Federal law protects a manufacturer from having to pay both a 340B discount and a Medicaid rebate on the same drug. HRSA requires covered entities to use HRSA’s Medicaid Exclusion File to indicate whether they provide 340B drugs to Medicaid fee-for-service beneficiaries. For Medicaid managed care, a CMS regulation directs states to take steps to identify 340B Medicaid managed care organization (MCO) claims, but the federal government does not require states to use a specific method of identification. This allows states to implement mechanisms that they deem best to prevent MCO duplicate discounts.

Recently, some state Medicaid agencies have considered changes to 340B requirements that would not be best for 340B hospitals. For example, Kentucky and Washington recently proposed new or updated 340B policies that have the potential to create major administrative headaches for 340B hospitals.

Hospitals have pointed out the flaws in these proposals and are working with policymakers to find workable solutions. These states can look to a proven model utilized by the state of Oregon that employs a retrospective claims review mechanism to accomplish its goals in a way that works well for both hospitals and state officials. Other states should look to the Oregon model as they develop ways to oversee Medicaid.

Supporters of the 340B program have done an excellent job of educating policymakers about the benefits of the program and the need to shield it from well-intended but misguided policies. But if the year so far has been any indication, there is no time to rest on the statehouse front when it comes to protecting 340B.

Laboratories of democracy can produce excellent results. But as with any good experiment, those designing them should be sure to consult with other experts, apply the conclusions of related trials, and consider carefully the outcomes that they aim to achieve. In all these areas, all of us must continue to help point in the right directions. 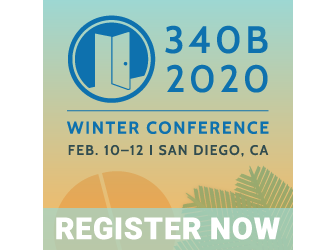 .@ruralhealth shares that the number of patients unable to pay their hospital medical bills has gone up 50% in the past decade. #340B helps hospitals cover this gap. Learn how: http://bit.ly/2sAESsJ #Ruralhealth #Protect340B

#340B savings lead to better patient health outcomes. For 81% of 340B hospitals, 340B supports programs that improve medication adherence. Details: http://bit.ly/2Flf9aw #Protect340B

New analysis from @medicarepayment suggests increased spending on treatment for certain types of cancer at safety-net hospitals was "unable to be attributed" to #340B but instead to factors such as the types of cancer treated. Our statement: https://bit.ly/2G1zTUU #Protect340B